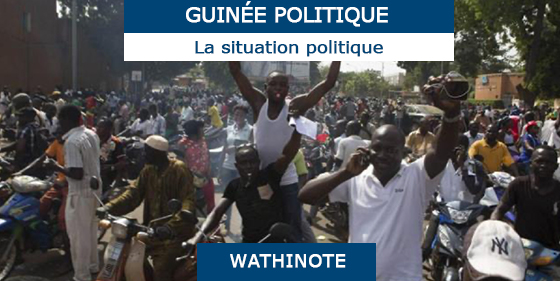 Indicators for effective methods can be found in Guinea, one of five nations that this year suffered a coup by its military. An overarching lesson is for the United States and other more distant governments and institutions to recognize the greater efficacy of putting regional communities in the lead. For Guinea, this will mean supporting a stronger role by neighboring countries and the Economic Community of West African States (ECOWAS) — a 15-nation grouping that has shown real promise as a promoter of democracy.

This year’s series of military power grabs — in Chad, Mali, Guinea, Sudan and Myanmar — has seized headlines and policymakers’ attention as a sign of eroding democratic governance worldwide. But, as Guinea shows, coups are only part of the problem. When army soldiers seized power in the capital, Conakry, on September 5, their takeover was simply an extension of a democratic erosion under the 11-year rule of the man they overthrew, President Alpha Condé.

Thirteen African heads of state since 2015 have altered constitutions or otherwise undermined two-term limits to extend their hold on power, according to Joseph Siegle, research director at the National Defense University’s Africa Center for Strategic Studies. The international community has tended to overlook or respond ineffectually to such civilian leaders’ weakening of democratic norms, a significant gap in building a coherent system of support for democracies.

The Underuse of ‘Peer Power’

ECOWAS is one of eight African regional economic communities that the 55-nation African Union says form its “pillars” — and from which the continent-wide body most often takes its lead in responding to crises in their respective regions.

In 2001, ECOWAS approved a Protocol on Democracy and Good Governance as its main mechanism for opposing the authoritarian rule, exclusion of minorities and human rights abuses that inevitably lead nations to instability and conflict.

Following the coup by Guinea’s army and a failure of the army-led government in Mali to hold to a timeline for a swift return to civilian rule, ECOWAS convened emergency summit conferences and imposed punitive sanctions against both juntas.

Such “peer-to-peer influence among African heads of state is very important,” while the influence of traditionally powerful but distant governments and institutions “is limited,” said Alexis Arieff, a specialist in African affairs with the Congressional Research Service.

ECOWAS has come close to a groundbreaking step — a resolution among its governments to establish a regional standard limiting presidents to two elected terms in office. “Thirteen of the 15 presidents were favorable,” Fomunyoh said. U.S. and allied policymakers can work with ECOWAS to strengthen its pro-democracy protocols with this and other steps, added Ibrahima Amadou Niang, who directs work in West Africa for the Open Society Institute. He noted that ECOWAS has begun an effort, hiring experts to propose draft changes, to update its now 20-year-old protocol on democracy, and urged pro-democracy institutions to help energize that effort.

While the country has suffered three armed coups, popular insistence on elected, democratic rule remains strong. Yet over time, the frustration of those aspirations risks throttling citizens’ energies to improve their own governance.

Three months after the coup in Conakry, international pressures on the junta so far have helped produce “positive developments,” said Niang. “We still don’t have a very clear timetable” for cleaning corrupted voters’ lists, organizing elections and repairing the constitution, he said. But the junta is “making efforts to rebuild the relationship with the regional organization [ECOWAS] and also the international community.”