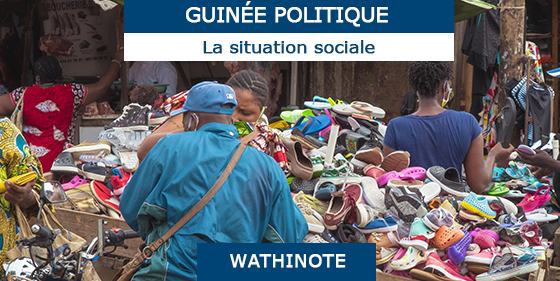 We observe the following among the main problems: (i) insufficient high and medium voltage production and transportation capacity, with high levels of demand; (ii) unavailability of installed production capacities owing to a lack of appropriate maintenance and fuel; (iii) a high level of technical and commercial losses in the system; (iv) insufficient coverage of the distribution system; and (v) an inadequate institutional and legal framework.

As a result, growth in this key sector in economic development amounted to only 2 percent, as compared with a projected 10 percent in 2013. As a result of this situation, it was impossible to increase the national rate of access to electricity estimated at (18.1 percent) in 2013. The growth objective in the mining sector in 2013 was 3 percent, as a result of announced investments and job creation, among other factors.

The growth rate in this sector ultimately came to an estimated negative 3 percent. This slippage in the mining sector is attributable to the following, among other factors: (i) closure of the Fria plant during 2012; (ii) the drastic decline in the prices of inputs, and particularly alumina and iron, which fluctuated respectively in the range of US$-1,800-3,000 and US$80-170 per ton, reflecting the slowdown of Rio Tinto’s activities in Guinea; and (iii) the shutdown of mining players BSGR, Vale, etc. Growth in the secondary sector therefore fell short of projections at 1 percent in 2013, as against a target of 4.6 percent.

The  Social context Guinea is still characterized socially in large part by its high level of poverty. According to the results of the light survey on the assessment of poverty in 2012, the country’s poverty levels are still among the highest in the subregion, with an incidence of 55.2 percent, a poverty depth of 18.4 percent, and a severity index of 8.4 percent

The economic context was also characterized by the organization in November 2013 of the forum for Guinea’s partners in Abu Dhabi, United Arab Emirates, to mobilize sufficient resources for satisfactory implementation of PRSP-3, for which the total financing cost is estimated at GNF 46,000 billion, equivalent to approximately US$6.1 billion. This funding will immediately meet the numerous social requirements Guinea has faced for more than two decades, and that have led to aggravated social and ethnic tensions.

At the end of the two-day forum led by the President of the Republic and Head of State, which was attended by more than 800 delegates, through the Ministry of Economy and Finance, the – 8- Guinean government raised more than US$6.8 billion in investment commitments, equivalent to the country’s 2012 GDP. The context was also characterized by an improved business climate, with the implementation of economic reforms, which enabled Guinea to move up five places in the Doing Business rankings to 175th. 1.3.

The  Social context Guinea is still characterized socially in large part by its high level of poverty. According to the results of the light survey on the assessment of poverty in 2012, the country’s poverty levels are still among the highest in the subregion, with an incidence of 55.2 percent, a poverty depth of 18.4 percent, and a severity index of 8.4 percent. However, pursuit of the efforts to provide free obstetrical care and coverage of Cesarean procedures, strengthening the approach to address HIV/AIDS, and pursuit of construction of schools countrywide are factors that could reduce the poverty level.

The government has undertaken to continue implementation of the political and economic reforms designed to strengthen and consolidate good governance. As a result, the efforts during the period 2013-2015 will involve the following priority areas: (i) strengthening political and institution governance; (ii) strengthening administrative and local governance; and (iii) strengthening economic governance. According to the results of the study on the perception of the public and enterprises of the level of corruption in Guinea published in 2012, unemployment and employment were cited by 96.9 percent of the public as the main problems affecting Guineans.

A high standard of living was cited by 95.2 percent; while 93.0 percent of the respondents cited electricity and drinking water problems. Most of the public (93.3 percent) deemed that corruption in fact exists in the country, against a handful of individuals who affirm that it does not. Corruption occurs in a variety of forms and is still present in high levels. In light of these challenges, the government has established the priorities of improving governance and strengthening institutional and human capacities for the period 2013-2015. Improved governance requires strengthened efforts to fight corruption.